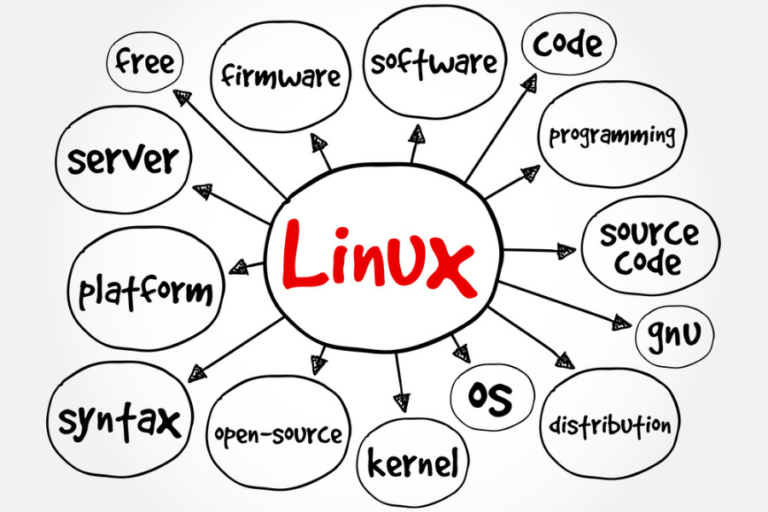 What is Kali Linux. A Complete Beginners Guide to Kali Linux

Linux is an open source operating system. You might be thinking what ‘open source’ means? Open source is usually referred to open source software in which the copyright holder gives users the freedom to distribute, study and change the software as per their needs.

Linux is one of the leading operating systems. Almost all the prime computing platforms like ARM, SPARC support Linux. It has a wide range of utilities. Linux is used on servers and on giant systems like supercomputers. Leading companies like Google, Facebook, NASA, Twitter use Linux as their web server.

Linux works equally well with mobile devices, mainframes and embedded devices. The commendable capabilities of Linux is best described by the phrase “ From wristwatches to supercomputers”.

Kernel:
Kernel is the central element of Linux. It is responsible for all the actions of the operating system. It consists of multiple modules and works in collaboration with the main hardware. It provides the abstraction required to conceal low-level hardware information to the system.

System Library:
Functionalities of the operating system are implemented by these libraries. The rights to access Kernel module’s code are not required by them.

System Utility:
This holds accountability for more specific functions and tasks at the individual level.

Linux Distribution is commonly called Linux distro. It is a version of the Linux operating system. It is stuffed with other units like installation programs and management tools. Software such as KVM Hypervisor is also one of its components. Let’s see the different Linux distributions available.

Linux Mint:
It is easy to install and use. You don’t have to be a computer expert to use it. Windows users get a desktop that looks familiar.

Debian:
It is a completely free Linux distribution and has no registered drivers , software or firmware.

Ubuntu:
This Linux distribution is relatively modern and is easy to install and use.

OpenSUSE:
It is not that easy to use but is a very good alternative. This is stable and powerful.

Fedora:
It is completely up-to-date and has a plethora of new features.

Mageia:
It is developed from the remnants of Mandriva Linux. It can be easily installed and used

CentOS:
Built for stability, this is predicated on Red Hat Linux, the commercial Linux distribution.

Manjora:
It is fully up-to-date as well as extremely easy to use. It is based on Arch Linux.

LXLE:
This is suitable for old hardware and is fully-featured. It is based on Ubuntu distribution.

Arch:
It is very powerful but new users might find it difficult. It is a rolling release distribution, meaning it gets updated automatically.

Elementary:
If you are familiar with a mac-style interface then this is for you.

Why to Use Linux?

Kali Linux is an operating system based on the Debian distribution aimed at penetration testing which is used in Web Application testing. It is specially designed and developed for cyber security professionals. It provides users with easy access to a group of advanced and diverse security-related tools including everything from port scanners to password crackers. It is an open source software which can be downloaded from its official website.

Here’s why you should use Linux:

We have been discussing how Linux is one of the most popularly used operating systems. Besides its speed and efficiency there are a lot of features yet to be explored. Let’s have a look at them.

Portability:
Linux can work on any hardware device. It adapts itself to different devices and functions seamlessly.

Free:
Linux is available completely for free. You can download it from the internet. You don’t have to pay anything for the updates or to register.

Secure:
Linux model of security follows the UNIX idea of security. The hardware is made to function in a balanced way by automatically scheduling vital tasks during peaceful times of the day.

Hierarchical File System:
Linux provides for a standard file structure where users can arrange their files.

You might have already understood that Linux has an edge over its contemporaries in terms of price and versatility. It’s time to throw light on the advantages of the Linux operating system.

Open Source:
Being an open source system, the source code is available to the users. They can distribute, study and modify as per their needs.

Security:
It is less vulnerable than its competitors. Until and unless the access password isn’t entered by the administrator the virus cannot get executed. So with Linux, you do not need an antivirus program.

Free:
We have discussed multiple times that Linux can be downloaded for free from the internet and that registration and updates cost you nothing.

Reliable:
Linux performs wonderfully well and can handle a lot of users at a time.

Flexible:
It can be used on several devices . It imposes some restrictions for particular computers and allows the installation of essential components only.

Easy Updates:
Users control the system updates. From a large number of available updates users can choose and the updates are relatively faster. So updating the system isn’t a big issue.

Compatible:
Linux supports almost all file formats and is compatible with all of them.

Multitasking:
At the same speed multiple applications can run and multiple tasks can be operated.

Live USB/CD:
Here’s a great opportunity for you to run Linux without even downloading it. Most of the Linux distributions have this option of running it on CD/USB.

Community Support:
A robust community is all ready to help the users. They do it through multiple forums.

We all know Windows as one of the most popular operating systems . Now, let’s draw a comparison between Linux and Windows. Though the motif of both the systems is the same, variety in features distinguishes them from each other. Below are certain points of differences between these two major operating systems.

Windows OS is known for its ease of use. It is extremely user friendly.
But in the case of Linux, you might not find it as easy as Windows. You need to have some prerequisite knowledge about Linux to start using it. For regular use, in-depth knowledge of the system is necessary.

The reliability of Windows is not that impressive.
Linux is highly reliable and secure. The system security and uptime are commendable.

Windows charges for its games, programs and utilities.
Linux is open source and almost all its programs are free.

Installing Windows is super easy but is time consuming.
Installing Linux OS is complicated but complex tasks can be completed faster by it.

Users of Windows are mostly beginners, gamers, business users. They rely on the Microsoft software.
Giant companies, catering to different purposes like scientific, academic and corporate companies use Linux. Supercomputers and servers are also powered by Linux.

Windows provides online help to its users. There are multiple books to develop the required skills.

Linux has a vast community of websites which extend support to its users online, through different forums.

Given below are some of the most common and important commands of Linux.

pwd: Know where you are. This is used to print working directory.

Is: See the contents of directories and files. Used to make a list of the hidden files of a directory.

ls-R: To list all the files in the sub-directories.

ls-a: To show the hidden files

ls-al: To list the files and directories with all the information such as permissions, size, owner, etc.

history: It displays all the previously entered commands.

whoami: It prints the user ID as if it were you.

ifconfig: View or arrange network interface on your system.

cat: View a file and its contents, link files and copy contents of one file to another.

clear: The terminal screen is cleared using this.

mkdir: It is used to create a directory.

cd:   It is used to change the present working directory.

cd..: To come out from the directory

cd /: To jump out of all directory

cd-:  To jump to the previous directory

cd~: To jump to the home directory

mv: Move files from one place to another.

leafpad: It is an editor, easy to use.

Kill:command to terminate a process.

ping: Command to check your connectivity status to a serve.

Hopefully the basics of Linux is clear to you by now. We discussed the wide range of possibilities it opens up for the users and the plethora of amazing features which give users a wonderful experience. It might not be easy for you as a beginner but seek help from the online community, develop your skills and you will be amazed by the sea of opportunities it has to offer.

Enroll Today and Get Trained!

To know more details like fee, duration, eligibility, just click on Get Started to chat with us.